First, this post will not focus on the coronavirus pandemic. I just checked and counted seven posts I’ve done in the past six weeks, all dealing with the virus, its impact on us up here in Wisconsin and what might be down the road. And frankly, I’m tired of talking about it.

From what I’ve been reading and hearing from people, I’m not alone. There are still some bloggers and pundits out there who can’t get enough of it, who seem to celebrate each death as proof that they were right all along about our march to Armageddon, but who don’t seem to care very much that the world they seem to be hoping for will be a very nasty, bleak world indeed. I’ve always preferred to focus on the positive. Be realistic, yes, but let’s get it together and move forward.

One of the best places to get it together and move forward is your local gym, and ours, thank God and the governor, is re-opening tomorrow. Olympic Fitness has been one of my favorite places for a long time, and I haven’t been there since March 20. Or was it March 21? Whatever date it was, it’s been a long time since I’ve been able to do a full workout. The municipal pool in Rice Lake has been closed just as long–my last swim was March 11–and it’s anybody’s guess when it will re-open. But at least the gym will be ready. With some restrictions, yes, they’re saying on their Facebook page, but I’m betting attendance will be brisk.

The joy of movement.

With Wisconsin and most other states starting the process of re-opening their economies, people are out and about more and the joy on their faces is evident. Last Friday, we went to a couple greenhouses and also stopped by another favorite place, Ed’s Pit Stop in Birchwood, the tiny town just up the road from our home. We enjoyed chai tea lattes on their patio, and the joint was jumping. The next day was the opening day of Wisconsin’s game fishing season, and it didn’t look like too many fishermen (and women) were letting the virus stop them from getting out on the lakes.

Sue and I just bought a canoe from Thomas Marine in Birchwood, and it was delivered on Saturday. Our bike ride that afternoon had covered some 14 miles and it was a little too windy to get out on our lake, so we waited another day and launched it on Sunday. Although still breezy, we had a fine time navigating 38-acre Pickerel Lake, which is the one you see on my Welcome page. We had an old fiberglass canoe during our first decade on the lake, but it sprang too many leaks, and we finally got around to getting another, a nice aluminum model that will last us many years. It was good to re-connect with our lake in a way we hadn’t done in some time.

Walking through greenhouses on Friday morning, biking on Saturday, canoeing on Sunday. It felt so good to be out and moving again. Movement is vitally important to our physical and mental well-being, and yesterday I listened to a podcast on Art of Manliness about how important it is. Take an hour of your time, relax in a nice chair or run it through your car’s Bluetooth connection, as I did, and give it a listen: How Exercise Helps Us Find Happiness, Hope, Connection and Courage.

I’ll have to admit, without the gym and the pool, it’s been a challenge for me to maintain the level of fitness I’d come to enjoy in the years leading up to our lockdown. It took a few weeks to find the right kind of regimen here at home, and with our snow finally disappearing around the middle of April, it really helped to be able to get outdoors more often. My weight, I’m happy to say, is down about 11 pounds since I retired from Social Security in March 2019. There are still some aches and pains here and there–arthritis, my doctor told me when I went in for my check-up early last year–but overall, for people in their early sixties, my wife and I consider ourselves to be in pretty good shape. And as we enter our “senior citizen” years (bring on those discounts!), we understand how important it is to maintain good health and fitness.

I’m always trying to find inspiration when it comes to certain things, and just recently I read an article about someone who epitomizes health and fitness as a senior citizen. The youngest of his five children just graduated from college–virtually–and he’s about to become a grandfather, but Arnold Schwarzenegger, approaching his 73rd birthday, shows no signs of slowing down.

I subscribe to Men’s Health–keeping it old school with the paper magazine version–and in its October 2019 issue, MH had this piece about Schwarzenegger, corresponding with the opening of his latest movie: Arnold is Not Slowing Down.

There are hardly any better tales of immigrant-comes-to-America-and-makes-good than Arnold’s. He came to the U.S. from Austria in the fall of 1968, a few months after his 21st birthday, and within a decade had risen to the top of the bodybuilding world. From there he conquered the movies, breaking through with the original Conan the Barbarian in 1982. Well-received in that role, his career hit the stratosphere in The Terminator in 1984. (Director James Cameron, years before giving us Titanic, almost made the biggest casting mistake of all time–O.J. Simpson was the first choice to play the unstoppable cyborg from the future.)

After becoming an American citizen, speculation began that Schwarzenegger would try politics when his movie career inevitably cooled off. His chance came in 2003, when newly-elected Governor Gray Davis ran afoul of his constituents in California over some new laws he’d championed. A recall election succeeded in ejecting Davis from office and installing the Austrian-American bodybuilder-turned-movie star. Arnold won a full term in 2006 and left office in early 2011 when his term expired. His administration had some successes, some failures, but there were enough of the former to make many of his fellow Republicans wistful that the Constitution had not been amended to allow a naturalized citizen to run for president. One wonders how history might have changed if Schwarzenegger been eligible to challenge John McCain for the nomination in 2008 or Mitt Romney four years later. One thing’s for sure, it would have been boffo box office to see the Terminator debate Barack Obama.

Things haven’t been all onward and upward for Schwarzenegger since leaving the governorship nine years ago. In 1986 he married Maria Shriver, niece of the late President John F. Kennedy, and settled down from the carefree bachelor life he’d been leading since departing Austria. He and Shriver had four children together, but when it was revealed in 2011 that he’d fathered a child 14 years earlier with the couple’s housekeeper, Mildred Baena, that was the final straw for Maria. Although there’d been no public reports of trouble in their 25-year-long marriage prior to this, she didn’t cut him any slack, and she filed for divorce later in the year. The couple remained legally married for six more years, during which they jointly raised their children and maintained a seemingly-amicable relationship.

Never down for long.

No doubt about it, the scandal over his love child and subsequent end of his marriage was the low point of Schwarzenegger’s life, and he has often expressed his regret for the  mistakes he made. Like everything else about him, Arnold’s screw-up was gigantic, but he’s recovered. He seems to have great relationships with all his kids, along with his ex-wife. He’s returned to the movies in a big way, with parts in all three Expendables films, two more Terminator appearances and, apparently, another turn as Conan in the works. My all-time favorite Arnold picture remains his 1987 hit Predator, in which he plays a Special Forces soldier who squares off in the Central American jungles with an alien warrior who has come to our planet on a hunting expedition. Arnold said at the time that he enjoyed the film because for the first time, people got to see his character show fear, and that’s certainly understandable; the Predator was one of the scariest movie monsters of all time.

You don’t get this close to your 73rd birthday without a few things going wrong with your body, even one as magnificent as Schwarzenegger’s was in his prime. He’s had heart problems, hip surgery and now some shoulder issues that have forced him to give up free weights when he visits the gym, which is often. He has admitted that he used steroids as a young man, although not to excess and whatever he did doesn’t appear to have seriously impacted his health. He was always a savvy businessman and has amassed a net worth reputed to be near half a billion dollars. Not bad for a lower middle-class kid from Austria who came to America with only a few bucks in his pocket and the challenge of overcoming a thick accent and extreme skepticism as he followed his dream to be a movie star like his boyhood idol, Steve Reeves.

I’ll never be Arnold, but…

Arnold has been the beneficiary of a classic mesomorphic body shape: solid, muscular, and broad-shouldered. Think NFL linebacker. In my case, I’m an ectomorph: tall, slender, with lean muscle mass. Think NBA small forward or baseball outfielder. I’ll never look like Arnold no matter how much I train (although I can do a pretty good imitation of his accent). That’s okay. Arnold’s point has always been to make the most of what you have, don’t be afraid to work hard and take a few risks. He could’ve followed in his father’s footsteps to become a police officer, but he wanted more than small-town Austria could offer in the mid-sixties.

I might not get back to the gym right away tomorrow; after work, I have to pick our dog Sophie up at the veterinary clinic, where she had successful hernia surgery today, and bring her home. Then later in the afternoon I have a church meeting. Maybe Sue will get over to the gym after she leaves her office later in the afternoon. But if I can’t get there tomorrow, I’ll be there Thursday. Before all this lockdown stuff hit in March, I was sailing along pretty nicely in my regimen, and I’m anxious to get back to it. And every time I’m lifting weights, I think of Arnold in his classic bodybuilding documentary, Pumping Iron, or Sylvester Stallone’s endless but inspiring training sequences in his Rocky films. I’ll certainly never have the money Arnold or Sly have earned, but as for their bodies, I’ll get as close as I can get. The point is not just to look good, but especially to feel good, now and in the next few decades.

See you in the weight room! 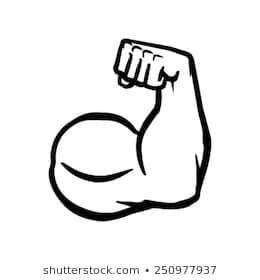