The new movie Wonder Woman is sweeping across the world, setting box office records for a film directed by a woman and starring a woman in the lead role. Yesterday, Sue and I helped out by attending the matinee screening in Hayward, our preferred area Cineplex. I’d been following the progress of the movie since it was first announced a few years ago, and when the glowing reviews started coming in a few days back, I breathed a sigh of relief. This, apparently, would be one superhero movie Warner Bros. would not screw up. I was right, and so were the critics.

I won’t give any spoilers here, so feel free to read through and then see the movie yourself. Let’s just say it was a glorious exhibition of a person of principle and honor putting her life on the line to save the innocent and bring peace to a war-torn world.

I have read much in recent years about what is called the “warrior ethos.” We have had warriors for millennia, of course, because we’ve also had wars, and therefore we need warriors to fight them. We have not, sadly, beaten our swords into plowshares quite yet, although if we look at things objectively and from an historical perspective, we are a lot closer than we were even half a century ago.

An “ethos” is defined as, “the characteristic spirit of a culture, era, or community as manifested in its beliefs and aspirations.” It can be applied to individuals, too. What do you stand for? What do you believe in? What are you willing to fight for? It’s more than just a flag, or an anthem, or any kind of symbol, really. Throughout the history of the United States, millions of our citizens have willingly taken up arms to defend our country, but although their various motivations might have taken several forms, when you drill down deep, you will almost always find that a person willing to fight for his or her country is willing to fight for certain beliefs and principles, upon which that country is based.

The writer Stephen Pressfield, who gave us a scintillating view of warriorship in his classic novel Gates of Fire, says this in his study of the topic, The Warrior Ethos:

“No one is born with the Warrior Ethos, though many of its tenets appear naturally in young men and women of all cultures. The Warrior Ethos is taught. On the football field in Topeka, in the mountains of the Hindu Kush, on the lion-infested plains of Kenya and Tanzania. Courage is modeled for the youth by fathers and older brothers, by mentors and elders. It is inculcated, in almost all cultures, by a regimen of training and discipline. This discipline frequently culminates in an ordeal of initiation. The Spartan youth receives his shield, the paratrooper is awarded his wings, the Afghan boy is handed his AK-47.”

On her native island of Themyscira, Diana has grown up as the daughter of the queen, Hippolyta, who initially wanted to protect Diana from harm by denying her the warrior training every other Amazon engaged in every day. But convinced by her sister and top general, Antiope, Hippolyta allows Diana to be trained, but only if Antiope trains her harder–“five times harder, ten times harder”–than the average Amazon. For Hippolyta knows Diana’s true destiny, imparted on her by her father, Zeus, to be the one who will save humankind from Ares, the god of war.

Like all warriors throughout history, the Amazons have a choice to make once they become aware of the threat to the peaceful existence they’ve enjoyed for millennia. Reluctantly, Hippolyta allows her daughter, Diana, to accompany the American pilot Steve Trevor back to “man’s world,” where she can seek out Ares and end the war that Trevor says has already killed millions.

It’s late 1918, and the First World War has been ravaging Europe and the Middle East for more than four years by the time Trevor’s stolen plane crashes off the coast of Themyscira. He has vital intelligence about a new German plan to deploy the deadliest nerve gas ever created in one last attempt to win the war. He reluctantly brings Diana with him back to London, where she is introduced to “man’s world” in all its crowded, grimy, sexist glory. “It’s hideous,” she says upon entering the city.

After a few days in London and then another day near the front lines on the Continent, Diana has had enough. A village of innocent people has been overrun by the Germans and she is going to save them. The scene where she finally reveals herself in her Amazonian armor and goes “over the top” into no-man’s land to confront the Germans is truly thrilling and inspiring.

In this scene, and indeed in the entire movie, Diana embodies the warrior ethos, as Pressfield writes:

“The hardest thing in the world is to be ourselves. Who are we? Our family tells us, society tells us, laws and customs tell us. But what do we say? How do we get to that place of self-knowledge and conviction where we are able to state without doubt, fear or anger, ‘This is who I am, this is what I believe, this is how I intend to live my life’?”

For years, Diana had been told by her mother that she could not be a warrior, that Ares would be dealt with some other way. When she confronts the world of men, they scoff at her, are unwilling to hear what she has to say, and try to shunt her aside as they go about the business that they are convinced only they can do (even though they’d done a pretty poor job of it so far). Even the gallant Trevor, who has seen the ferocity and nobility of the Amazons first-hand, wants to keep Diana away from combat. But when she becomes aware that innocent lives are at stake, she knows she has to take action, and she does.

There is much symbolism in this movie, and it’s not always immediately apparent. The no-man’s land scene is a perfect example. Trench warfare in the Great War was one of the most hellish things in human history. Soldiers on both sides died by the tens of thousands without gaining so much as a yard of territory. Yet Diana confronts the ugliness, the brutality, and risks her life to defend people she does not even know. This, truly, is the spirit of the warrior.

A lesson to be learned.

Patty Jenkins, the director of the movie, said she deliberately wanted to keep the film PG-rated so that mothers could feel comfortable taking their young daughters to see it. While Jenkins’ work is gaining much praise, and deservedly so, this one aspect may be the most important of all. For the first time in Lord knows how long, perhaps since the first Superman movie in 1978, we can show our kids a true hero. Although Wonder Woman, like Superman before her, is a fictional character, we can still hold up this character as a symbol of the values we want our children to embrace: honor, integrity, and a willingness to work for peace, even if it means risking everything. For Diana does not want to conquer the Germans, she wants to put an end to Ares, who symbolizes war itself.

Many mothers who grew up with Wonder Woman comics and the short-lived TV series of the 1970s are now taking their daughters to see the film, and the girls are loving it: The girls are excited.

Jenkins was taking a big career risk with this movie, knowing full well that if it bombed, not only would she be considered a failure, but Hollywood might never again hire a woman to direct a big-budget film. Yet that didn’t stop her: The gender politics of WW.

As for the star herself, Gal Gadot was almost unknown outside her native Israel, even after co-starring in some recent Fast and Furious movies. During her Israeli Defense Forces service, Gadot had been a combat trainer, but even with that background she still underwent months of martial arts and swordsmanship training for this role. She knew going in that she would not only have to embody the Amazon warrior, she would have to convey her message, too, and she pulled it off, magnificently.

I have written previously about how our world today needs heroes, perhaps desperately so. We need someone to inspire us, to show us the way. Our political system appears to be unable to provide such leadership anymore; the other day, the 100th anniversary of the birth of John F. Kennedy produced a series of nostalgic articles and shows about our 35th president, who inspired us to do great things like going to the moon, but also challenged us to be better than we were. 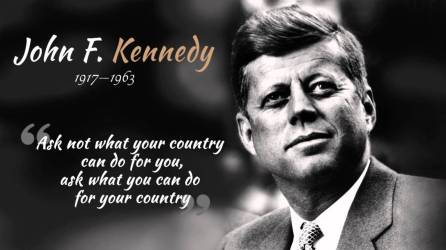 Superheroes are big in the movies and on TV now, and I think it’s because of our thirst for heroes. We can’t seem to find them in real life, so we make them up. Perhaps Wonder Woman will change this theme’s drift away from the gloomy, operatic thunder of Batman v Superman and Captain America: Civil War and back toward a brighter, more optimistic, more inspirational focus. Many people today would look back on the original Christopher Reeve version of Superman in 1978 and chuckle at how naïve and simplistic he seemed to be. The Henry Cavill version in 2013’s Man of Steel was much more realistic, even if somewhat cynical and almost gratuitously violent. But would it be so bad if the Reeve version of Superman, or Gadot’s current depiction of Wonder Woman, served as the templates for the heroic image we want to see on screen? Later this year, Gadot will reprise her role in Justice League, so we shall see.

In the meantime, we have Wonder Woman, an epic film that depicts the warrior ethos, and all the heroic virtues we long to see and embrace, in a thrilling and entertaining way. We’ve been waiting for her for a long time, and she’s worth the wait.