Today is Easter Sunday. We returned from church a couple hours ago and I put in some time out in the yard while Sue began preparing our meal. Even though the yard was wet from overnight rain, I had to move some logs from a tree that had fallen across our driveway last week. A couple guys from a tree service were by yesterday to cut up that tree and a lot of others that were infesting part of our woods, but I had to do the finishing work today on that one dang tree.

The Easter service at our church, Long Lake Lutheran, was a fine one. The pews were full, the choir (including Sue and yours truly) were in pretty good voice and Pastor Mary’s sermon was, as usual, very meaningful.

Everybody had a smile on their face this morning, and if anybody was upset about anything it was probably because the Wisconsin Badgers are not playing basketball today. They blew a late lead and lost to Notre Dame in the NCAA playoffs Friday night, so it is the Irish who are getting ready to play North Carolina today in the East Regional final. After two consecutive trips to the Final Four, Wisconsin fans expect a lot from their team. But even though there is still disappointment over the loss, fans here are confident next year will be even better, with a return to the Final Four and perhaps a championship a real possibility.

But outside the bubble of northwest Wisconsin, we seem to be in a world on the verge of going mad, if it’s not there already. The news this week was dominated by the terrorist attacks in Brussels that left some three dozen dead and over 300 wounded. The casualties included people from some forty nations. And earlier today, a suicide bomber killed 52 people at a park in Pakistan. Most of the victims were women and children.

On a weekend where Christians, who comprise nearly one-third of the people on the planet, are celebrating the death and resurrection of Jesus Christ, not only is the news dominated by violent acts, so is the movie box office. The new film Batman v Superman–Dawn of Justice is breaking records this weekend despite some scathing critical reviews. I saw the movie yesterday—being a lifelong Batman fan, I could hardly resist—and while I thought it was pretty well done, I had to admit that it was violent, very violent. (Spoiler alert!) Batman leaves his criminal victims battered and branded; Superman is unable to prevent a bombing that claims dozens of victims in a Congressional committee hearing; the showdown between the two title characters is no-holds-barred; and the climactic battle between the quickly-reconciled heroes and the ultra-powerful monster Doomsday is almost literally earth-shaking, and ultimately tragic.

It was no coincidence that this film was scheduled for release on Easter weekend. It contains a number of religious symbols and allusions, some fairly obvious, others more subtle. This writer picked up on them and does a good job analyzing the Christian references in the film: Exploring the Messianic Imagery of Batman v Superman.

Was it necessary to make the film as violent as it is? Well, maybe yes, maybe no. Some people probably look back fondly at the old Batman TV series of the ’60s, and the Superman movies of the ’70s, and wish today’s versions could be more like those guys: a little more comical, a few more smiles, and combat scenes that bordered on silliness, with on-screen BIFFs and ZAPs to add some zing to the fisticuffs. On the other hand, the world of the ’60s and ’70s was not necessarily any less violent than what it is today, and perhaps there’s something to be said for having today’s heroes confront their enemies (who are our enemies, too) in a more realistic manner.

Audience surveys show that the audience for Batman v Superman is about 2/3 male, which raises a number of questions. I was thinking about one of them recently as I read a couple articles related to violence: why do we men like fighting so much?

In the March 7 issue of Sports Illustrated, writer Michael McKnight takes a look at this issue in a well-written piece: “Fist Impressions.”  He quotes a University of Utah biologist who notes that alone among the animal kingdom, humans are the only ones capable of forming a fist, allowing us to turn our arms into clubs.

What prompts men—and now women—to fight each other like this? And why do we like to see it? And let’s face it, we do like to see it. MMA bouts pack arenas and draw millions of TV viewers around the world. None of the fighters who step into the cage are doing so against their will, that’s for sure. They train hard and honestly enjoy what they do. Female fighters have proven themselves to be just as dedicated—or bloodthirsty, depending on your point of view—as men. Holly Holm, who briefly held the UFC women’s bantamweight crown over the winter, is quoted in the SI piece as saying, “Every time I land a punch, it’s satisfying.” When Holm knocked out previously-unbeaten champ Ronda Rousey last fall (with a roundhouse kick, not a punch), she became a worldwide sensation and the KO was viewed millions of times online.

The website Art of Manliness recently devoted a post to the concept that men are hard-wired to fight. Scientific studies have shown that human males have a lot of physical advantages over females. Some are obvious: thicker skulls, broader shoulders, greater stamina, and so forth. Others are more subtle. Men have better spatial visualization, faster reaction time, and other traits that certainly come in handy during a fight. You can read the article here: How Men are Evolved for Fighting.

But even if men are hard-wired for physical combat, that does not mean we should willingly engage in it, at least outside of controlled, relatively safe places like the MMA cage or the martial arts mat. Another post on AoM recently illustrated how men can still retain their dignity and compassion, even under the most trying of circumstances. Marcus Brotherton, a writer who has written extensively about veterans, is the author of this piece, and it borrows from one of the Bible’s most noteworthy quotes from Jesus: Greater Love Hath No Man…

Which brings us back to the significance of this day. Yes, the world is a violent and sometimes ugly place. It has always been so, and while we have made some progress in certain areas, clearly we have a long way to go before we are able to beat our swords into plowshares, before we can resist the urge to form a fist and strike at someone who has offended us. The man whose resurrection we celebrate today was all about that. Jesus was a man of peace who willingly gave himself up to a bloody, brutal and violent death, and then rose from the dead to show us the way. Some scholars say that Christ underwent crucifixion in order to symbolically take all of our sins upon himself and then show us that God could raise us from the pits we all too often throw ourselves into. Others say that it was about God proving victorious over sin and death, that His son took Satan’s most vicious punches and came out of the ring unscathed, showing us that we could, too. Either way, the message is worth listening to. 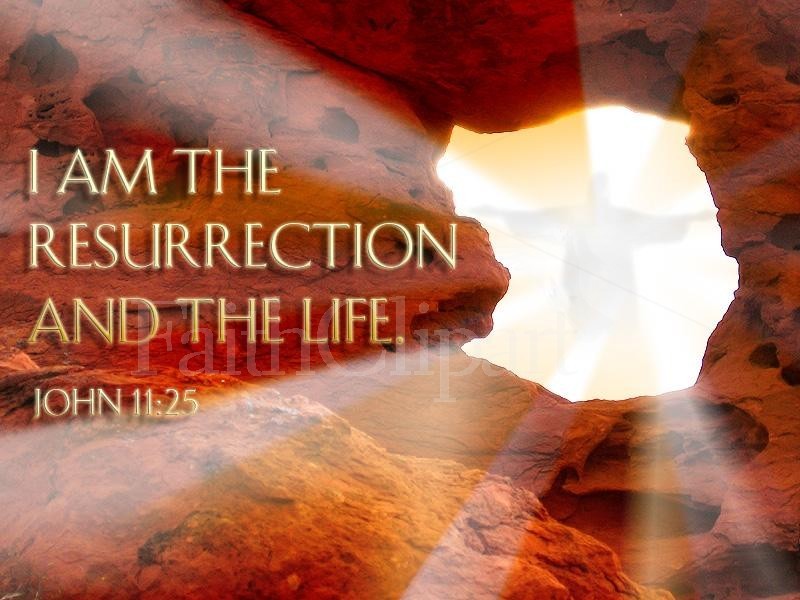 Is the Christ-like imagery in Batman v Superman merely there to cleverly tie the characters into a larger, more important story, done cynically in order to make the film more than just a movie? Or is it there to make a point? I tend toward the latter view. The heroes are fighting to make the world a better place. Batman has been fighting for twenty years to make the streets of his city safe from human predators, like the ones who murdered his parents. Superman could use his powers to take over the world, but instead he puts everything on the line to save us from natural disasters, and from ourselves. At first suspicious of each other, they put their differences aside to save innocent lives and defeat a being that threatens to destroy all of us. Batman and Superman, in a way, personify the best traits of humanity, while Luthor and his creation Doomsday embody the worst. In the end, it is an epic struggle between good and evil, and while it is maybe more loud and violent than it had to be, it shows the good guys winning. Ultimately, in a world where the bad guys seem to win more often than not, is it any wonder that audiences are ignoring the critics and flocking to see a film where the bad guys lose?